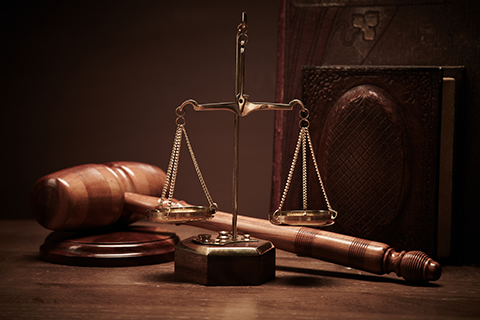 On July 19, the court blocked, for the third time, WhatsApp application services in Brazil, harming 100 million users. At the time, the Federal Supreme Court (STF) acted quickly and determined not only the immediate release of the application, but also the impossibility of being blocked by the court.

Without going into the intricacies of court decisions and the processes that involved blocking the WhatsApp, this clearly demonstrated that the lower court’s decision was considered abusive, disproportionate, and overlapped with individual interest in the face of the collective.

This fact happens a long time in SUS (Sistema Único de Saúde). The Judiciary, through its decisions, has increasingly allowed individual rights to overlap with collectives. However, unlike the case involving WhatsApp, the STF has yet to take any action.

It is fanciful to imagine that the public power is able to guarantee universal and equal access to the growing number of individual lawsuits for the delivery of drugs and supplies that flood the state and municipal secretariats and the Ministry of Health itself.

In 2015, the State of São Paulo was compelled to comply with some 18,000 new judicial decisions, which, in addition to those still in force, totaled 79,500 people. The cost is around R $ 1.2 billion per year. This amount would be enough to cover, for example, one more Hospital das Clinicas of the Medical School of USP, where 35 thousand people a day are attended.

It’s the same principle. The individual right has been favored by the Justice in the face of the collective.

Judicial decisions in health are given, massively, through preliminary injunctions or guardianship. However, many magistrates seek the São Paulo secretary before issuing their decision. There have been cases in which Justice has promoted the SUS, as its repeated sentences about the same drug or procedure have alerted the national health authority about the need for technological incorporation and medication.

Not everything, however, in matters of health is urgent. In considerable part of the judicial decisions there is no risk of irreparable damage to the patient. One example is the supply of disposable diapers to about 4,000 people because of injunctions. The State of São Paulo is obliged to provide 69 different types of diapers, at an annual cost of R $ 12.6 million.

Also included in the list of “eccentricities” items ranging from alkaline batteries to alcohol ethyl gels, passing through dietary chocolate and oral antiseptics.

The solution to the judicialization of health exists. Just listen to the opposite party, that is, the SUS manager. Enabling managers to expose existing public policies for illnesses will only favor the patient, as they are made on the basis of evidence, in in-depth scientific studies.

Considering that 69% of the judicial decisions provide medical prescriptions of the private health system, it is perceived as one of the causes of the judicialization the possible lack of knowledge of physicians regarding the therapeutic arsenal of SUS.

The most serious is the lack of science and disregard for a body that has been in place since 2011: the National Commission for the Incorporation of Technology (Conitec), responsible for the inclusion, exclusion or alteration of health technologies by the SUS.

Conitec can be set up by laboratories, specialists and by the community itself. The decisions are taken to the federal government, responsible for including what was approved by the commission. Thus, the deliberations of Conitec generate effects for the collectivity.

In order to cure the cause of sickness in health care, it is necessary to treat its symptoms first, to put the Health WhatsApp back in the air and to allow the public health manager to express himself.

DAVID UIP, 64, medical infectologist, is Secretary of State for Health of São Paulo.

RENATA SANTOS, 43, lawyer, is a technical advisor to the Office of the Secretary of State for Health of São Paulo.